As I mentioned in my last blog I’m leaving my position as CEO of the HKFA at the end of September. Now is a good time to look back.

In fact I’d like to start even before my tenure started at the HKFA. I first got involved in Hong Kong Football back in 2009 when the Government commissioned the company I worked for to write a Football Development Strategy. It was a dream assignment for me to come to a place I had only visited briefly before. What struck me immediately was the passion for football but also the myriad of challenges facing the sport. There was huge lack of quality accessible facilities and the main stakeholders seemed very fragmented and disconnected. In short there were lots of difficulties to overcome.

One of the most pressing was the fact that despite the best intentions of some good members of staff, the HKFA was dysfunctional, had no direction, was under-resourced and probably bankrupt. I say probably bankrupt because nobody really knew; the Association hadn’t prepared annual financial returns for 4 years. It was in no fit shape to govern or lead football in Hong Kong. So we should not forget that that was the starting point.

One of the recommendations I wrote in Dare to Dream was that the HKFA needed total transformation. It was run by the clubs for the benefit of the clubs with very little time, effort or money being spent on football development. The governance was acknowledged to be poor and the strategic management of the organisation left a lot to be desired. The Government agreed with this assessment and I was then retained to prepare the transformation plan for the HKFA which became Project Phoenix. This plan included 33 recommendations and was sub-titled Develop – Deliver which meant that the HKFA had to become ‘fit for purpose’ in terms of governance, management and organisation before it could enhance football development activities.

At the same time I also prepared a feasibility study for a football training centre, a vital facility that everyone seemed to have given up on. It had gone into the box marked ‘too difficult to deal with’.

So even before I became CEO I was responsible for preparing a blueprint for the future of football in Hong Kong. Having provided the framework for football in Hong Kong I happily returned to the UK and started work on other projects. The Legislative Council and the HKFA Assembly approved the report recommendations and Project Phoenix came to life.
The next thing that happened was that I received a phone call from a head-hunter out of the blue. Apparently Project Phoenix had got off to a disastrous start and far from getting better, the HKFA was in crisis. I was asked if I wanted to come back to Hong Kong to work full time to revitalize the plan and implement my recommendations.

When I arrived I found an organization in turmoil, crisis was an understatement! It was hard work getting things back on an even keel especially because not everyone was ‘on board’. There was mighty resistance from some quarters, mainly the professional clubs who wanted a share of the extra money, even though that was never part of the plan. It was a baptism of fire for me and in my first few months I had to negotiate an exit route for the Head Coach, deal with the wholesale resignation of the Disciplinary Committee as well as other crises that I don’t even care to remember.

I built a professional team around me including all of the support services that were so lacking before including Head of Corporate Development, HR Manager, Financial Controller, IT Manager, Internal Control, Marketing and Communications Manager etc etc. It is incredible to think how the HKFA managed before these people or maybe that’s the point, it didn’t manage before, it barely existed. Together we put in place proper systems, procedure, processes and controls.

Once we had ‘developed’ it was time to deliver and new front line staff were added including a Women’s Football Manager, Referees Manager, Coach Education Manager, Academy Manager and Special Projects Manager to help me deliver a new Premier League and the FTC. People complained that most of the Project Phoenix money went on staff but without this expertise it would have been impossible to improve and grow football development activities. We needed to get the basics right first.

To cut a long story short Project Phoenix came to an end in October 2014 and most of the recommendations had been either fully implemented or on-going. We had integrated the previously separate Ladies Football Association, changed the constitution, modified the make-up of the Board and got to grips with the management issues including preparing the financial statements. Negotiations for the FTC were underway.

At the same time the new Head Coach and Technical Director was improving the representative team and preparing for World Cup qualifiers.

Despite all of these positive changes there were still crises to deal with. The most disappointing and embarrassing thing about this period of time was the 2013 Barclays Asia Trophy which had become a farce because of a quagmire of a pitch.

Looking back I am proud that I came into an organization in crisis, built a team, delivered a new league, persuaded partners to help us deliver the FTC and a host of other achievements in completing the project. And let’s not forget that all of that was achieved in two years from a stumbling start.

Tomorrow I will reflect more on the progress Hong Kong football had been made so far. 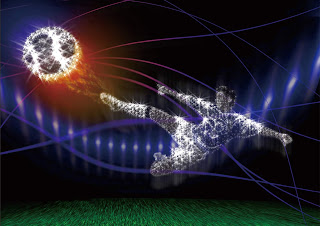