In yesterday’s blog I recalled the first couple of years of my tenure and Project Phoenix. This blog brings things more up to date with progress on the next strategy, Aiming Hing and the current strengths and weaknesses.

At the end of Project Phoenix there was recognition within the Government and the Football Task Force (set up as one of the recommendations in Dare to Dream) that it had been generally successful and that the HKFA deserved further support. I wrote the successor plan, Aiming High to build on the foundations of Project Phoenix and it was the catalyst for more funding over five years from both the Government and the Jockey Club.

The plan, Aiming High covers the period April 2015 to March 2020 and includes a number of key milestones and performance indicators. As part of the contract with the Government there is a requirement for a mid-term review of the strategy and the progress being made. This review was carried out by the Government starting at the end of 2017 and a report presented to the Sports Commission on 3rd August of this year.

The Government identified a number of areas where good progress has been made. These include:

·         Governance and Organisational Development: Improvements were noted in terms of; the appointment of more independent Directors, integrity management initiatives, additional staffing resources and gaining the AFC Developing Member Association of the Year Award in 2015

·         Football Development: The Government identified impressive performance in the following areas; grassroots and youth development with a 40% increase in participation, girls and women’s football (70% increase) and futsal (70% increase). Participation in these areas was ahead of target which is very encouraging.

·         Football Curriculum: The writing, promotion and usage of the player development toolkit was noted.

·         Coach Development: The incorporation of the curriculum into the Coach Education syllabus and the coach registration system were identified as good practice. More coaches are being educated to a more modern syllabus and to a higher standard

·         Referee Development: The good work of the Referees Department was noted in particular the increase in the number and standard of referees appointed and trained. Prior to Project Phoenix we had only one lower category AFC Referee and only one AFC Referee Instructor. We are now so proud to have 5 AFC Referees and 8 AFC Assistant Referees (including women), and 6 AFC Referees Instructors.

·         Football Facilities: The construction of the FTC was noted as being a positive development in increasing the number of opportunities for football training and development.
It is good that the hard work of colleagues is recognised in these areas. A fundamental problem is that these areas are not as high profile as the representative teams or the HK Premier League and are therefore not covered by the media. They go ‘under the radar’ and most of the hard work and successes barely register on social media. This is partly the fault of the HKFA because we lack the resources (and are usually responding to negative criticism and crises) to effectively promote all of the achievements. 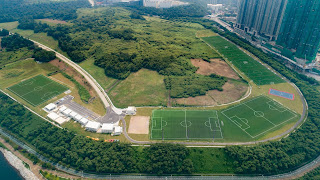 There are still people here in Hong Kong that despite all that has been achieved by us here at the HKFA through the implementation of Project Phoenix and Aiming High, say that there has been no development and improvement. They are either in denial or deluded. Or perhaps they are being deliberately mendacious.

The truth is that the HKFA now has almost 100 staff whereas before it had less than 30. The investment in football development is more than 6 times higher than it was before and external funding has increased from less than HK$20m to around HK$80m. Don’t let anyone tell you that ‘nothing has changed’.

However, to balance things up, there are still some areas of concern where the Government would like to see more progress being made. We agree with this and they are summarised below.

·         Performance of Hong Kong Representative Team: It was noted that the AFC and FIFA ranking of the teams had not achieved the targets.

·         Hong Kong Premier League: It was noted that a number of teams had failed to achieve the requisite club licence and that the average attendance numbers have missed the target.

·         Communication and Relationship with Stakeholders: The review identified a mismatch between the good work being undertaken by the HKFA and the public and stakeholder perception.

·         Reliance on Public Funding: The review noted that sponsorship, advertising and broadcasting revenue was below what was expected.

The above four areas are discussed below.
Performance of HKRT
The strategy document Aiming High suggested that caution should be applied in using the AFC/FIFA rankings as a means of assessing the performance of the HKRTs. This is because the method of calculation is somewhat arbitrary and depends on a number of factors outside of the control of the HKFA including; the performance of other countries, the draw for tournaments, the strategy used (for example it is often better to play no friendly matches to improve the ranking but this is not good in terms of development) etc. In actual fact the performance of the HKRT has been impressive at times including two draws against China in the World Cup qualifiers and being competitive until the last match of the Asian Cup qualifiers. Similarly it is recognised that the U23 team did well in the recent Asian Games. Most observers, myself included, would say that the actual playing level has and continues to improve despite the fact that the ranking position has not hit the target.

Nevertheless the HKFA understands that it will be judged on this measure and must do more to try to improve the ranking. This could include:

1.       In conjunction with the new Head Coach review the ‘strategy’ for obtaining ranking points e.g. the friendly matches frequency and opposition

2.       Use the FTC to enhance the training and competition of professional players

3.       Work more closely with the clubs to ensure the fitness, availability and competitiveness of the players

5.       Enhance the training and development of young players and monitor the performance of junior representative teams

Hong Kong Premier League
The HKFA has made significant investment in the HKPL over the last five years including more marketing and promotion, the introduction of an integrity programme (match-manipulation, drug testing etc), higher prize money etc. One of the biggest changes has been the introduction of the club licencing system, a formal tool to raise the professionalism of the clubs. The club licence system has enabled teams from Hong Kong to compete at the highest level of regional competition the AFC Champions League.

The lack of continuity of participating clubs has made the club licencing system difficult to implement consistently. The HKFA has increased its resources in the club licencing division and worked much more closely with clubs in terms of education and training. The initial indication is that all 10 clubs will pass the club licence in 2018.

Despite the concerted effort that has been made to enhance professional football in Hong Kong, a number of problems persist and it is clear that further work is required including:

1.       Continuing to strengthen the education and training in relation to the club licence

2.       Continuing to invest in the integrity programme

3.       Working with the LCSD to prepare a plan to enhance match-day experience

5.       Preparation of medium to long term plan to restructure an ‘independent’ Premier League
Regarding that last point, it would still be the intention of the HKFA to establish an independent league. Indeed we tried to do so a few years ago as part of Project Phoenix. To be honest the clubs were not interested or capable of ‘leaving the nest’ especially when they found out that the HKFA subsidises the league to the tune of around HK$5m per annum.

Communication and Relationship with Stakeholders
As stated above, it is probably fair criticism that the HKFA has not done enough to promote the good work is has and continues to do in football development, coach education, referee development etc. There are some mitigating factors however including:

·         Necessary emphasis on ‘crisis management’ rather than following a specific strategy

·         Media and stakeholder preoccupation with HKRT and HKPL

It is important that these mitigating factors are managed and controlled and that a more concerted and continuous effort is made to enhance communication. Actions should include:

1.       Preparation and implementation of Marketing and Communications Plan

2.       Internal training for frontline staff in Competitions and Technical to focus on the need to generate positive publicity for their activities and programmes

Reliance on Public Funding
It is true to say that the bulk of external funding for the HKFA comes from the Government and the Hong Kong Jockey Club. The commercial ‘sale’ of advertising, sponsorship and broadcasting has proven to be difficult to obtain. There are a number of reasons for this:

Solving this problem will not be easy and as I pointed out to the Football Task Force it will be essential for public sector funding to continue after 2020 if football development in Hong Kong is going to continue to improve and expand. However it is appreciated that the HKFA must do more to attract commercial revenue. To some extent the actions identified above in relation to improving the performance of the HKRT, enhancing the HKPL and developing better relationships with stakeholders will all have a positive impact on the ability to generate funding. More interest in the sport, more spectators, a better reputation, less conflict and controversy etc will all help. In addition to this the HKFA will need to:

2.       Prepare a plan that matches the inventory to particular market segments and partners

3.       Consider the appointment of a ‘Commercial’ Manager or outside agency to focus on selling
I hope in today’s blog I have given a balanced picture of the current state of play of football in Hong Kong. Tomorrow I will give some final thoughts.