Sorry there has been no blog for a while. My only excuse is that it has been a very busy period. In the last few months we have played a number of international matches, had a Centenary Dinner, submitted a funding application to LCSD, reviewed Project Phoenix with the Football Task Force, held a FIFA workshop on facility development, updated the Strategic Plan, started the Premier League not to mention many managerial tasks such as the annual Appraisal process, an internal risk assessment etc. I’m not asking for sympathy, I have an enjoyable and challenging job, it’s just that my blog hasn’t got to the top of my ‘to do’ list, until now that is. I will try and do better from now on. 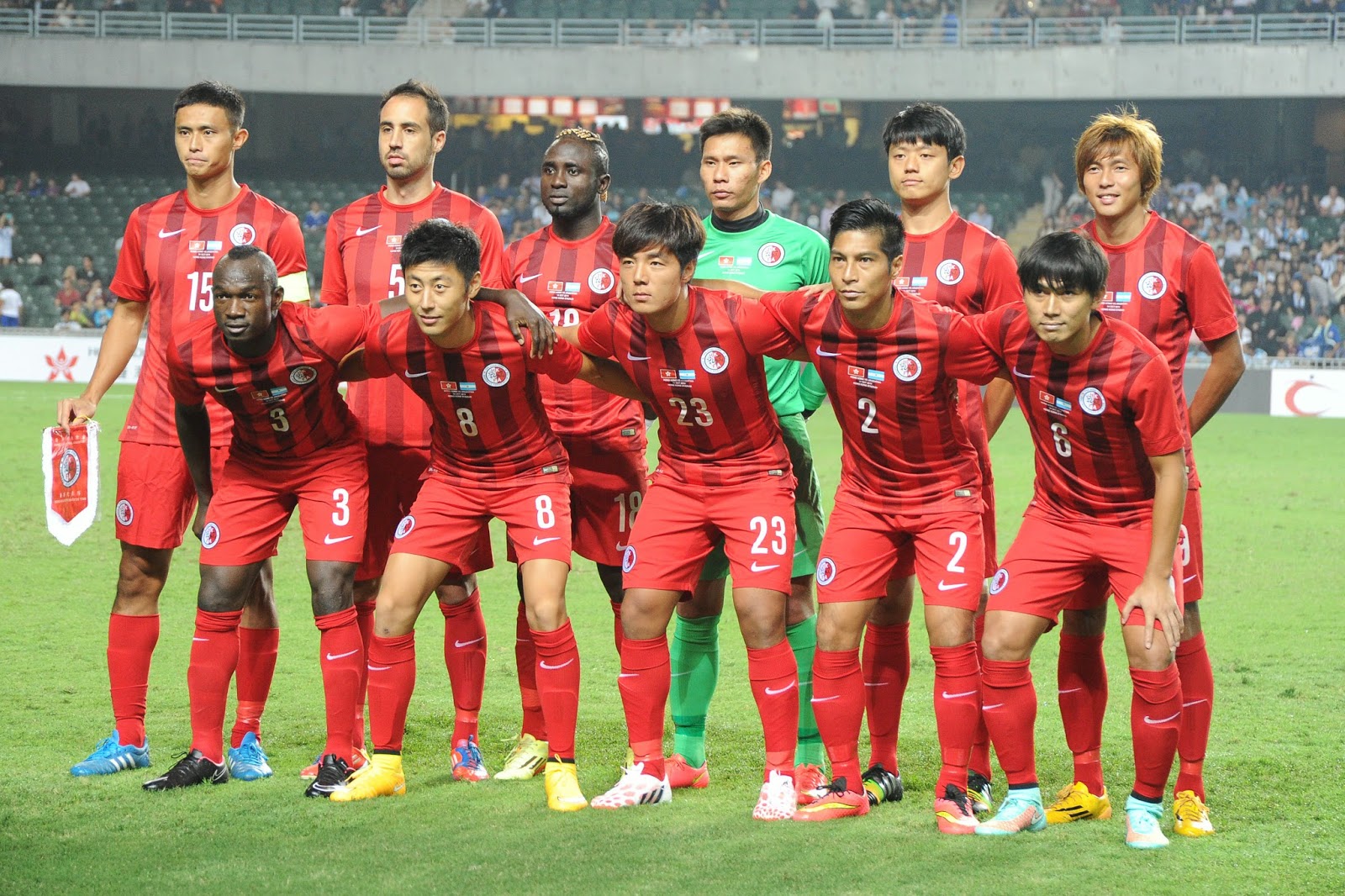 FIFA Rankings
A recent article in the SCMP had the following headline; “Lift your game to justify $100m-plus funding Hong Kong Soccer told”. It went on to state that “the men’s soccer side must improve their world rankings or else the financial lifeline may close”. Firstly I would like to point out that this statement and the inference are both incorrect.


As mentioned above we have been reviewing Project Phoenix with the Government and looking ahead to the delivery of the new Strategic Plan, Aiming High – Together. This has been a very positive process. The truth is that the Government’s Football Task Force recognizes the good work that is being done by the HKFA, and that further progress can be made with additional investment based on the new Strategic Plan (which incidentally the AFC has described as ‘logical, comprehensive and coherent’). Government funding has been agreed but I cannot reveal the actual amount until it has been officially announced. Suffice to say it is more than we have been receiving under the Project Phoenix banner and for a longer period of time (5 years not 3). This is good news for football and demonstrates a solid relationship between the HKFA and the Government and not a ‘carrot and stick’ approach as implied in the SCMP article. Still I suppose as the saying goes….never let the truth get in the way of a good story.


For the avoidance of doubt, throughout the process of negotiating future funding we have never been told to ‘lift our game’ or that we needed to ‘rise up the rankings’ or that ‘the pipeline could be closed’ based on rankings. So for the record, the funding is NOT linked to the performance of the representative team as set out in the FIFA ranking. I hope that point is now abundantly clear. Future funding will be subject to a formal agreement between the HKFA and the Government and as you would expect there are a number of key performance indicators related to the delivery of the strategy that will be regularly reviewed. We accept and agree that the use of public money must be subject to scrutiny. We also understand that funding might be reduced if we do not deliver. However for very good reasons the FIFA rankings are not Performance Indicators within the agreement, they are referred to as ‘benchmarks’ and targets only. This is because it is made clear in the strategic plan that improvement in the rankings is dependent upon many things that are outside of the control of the HKFA, including the provision of better and additional pitches, the investment made by other countries etc.


It is also because, bizarre as it sounds, the FIFA rankings are not actually a very reliable indicator of performance. This may sound like an excuse, so let me explain how the ranking system works. Bear with me, it’s quite complicated.


A team’s total number of points is calculated over a four-year period and is determined by adding:


Calculation of points for a single match


The number of points that can be won in a match depends on the following factors:


These factors are brought together in the following formula to ascertain the total number of points (P):


The following criteria apply to the calculation of points: 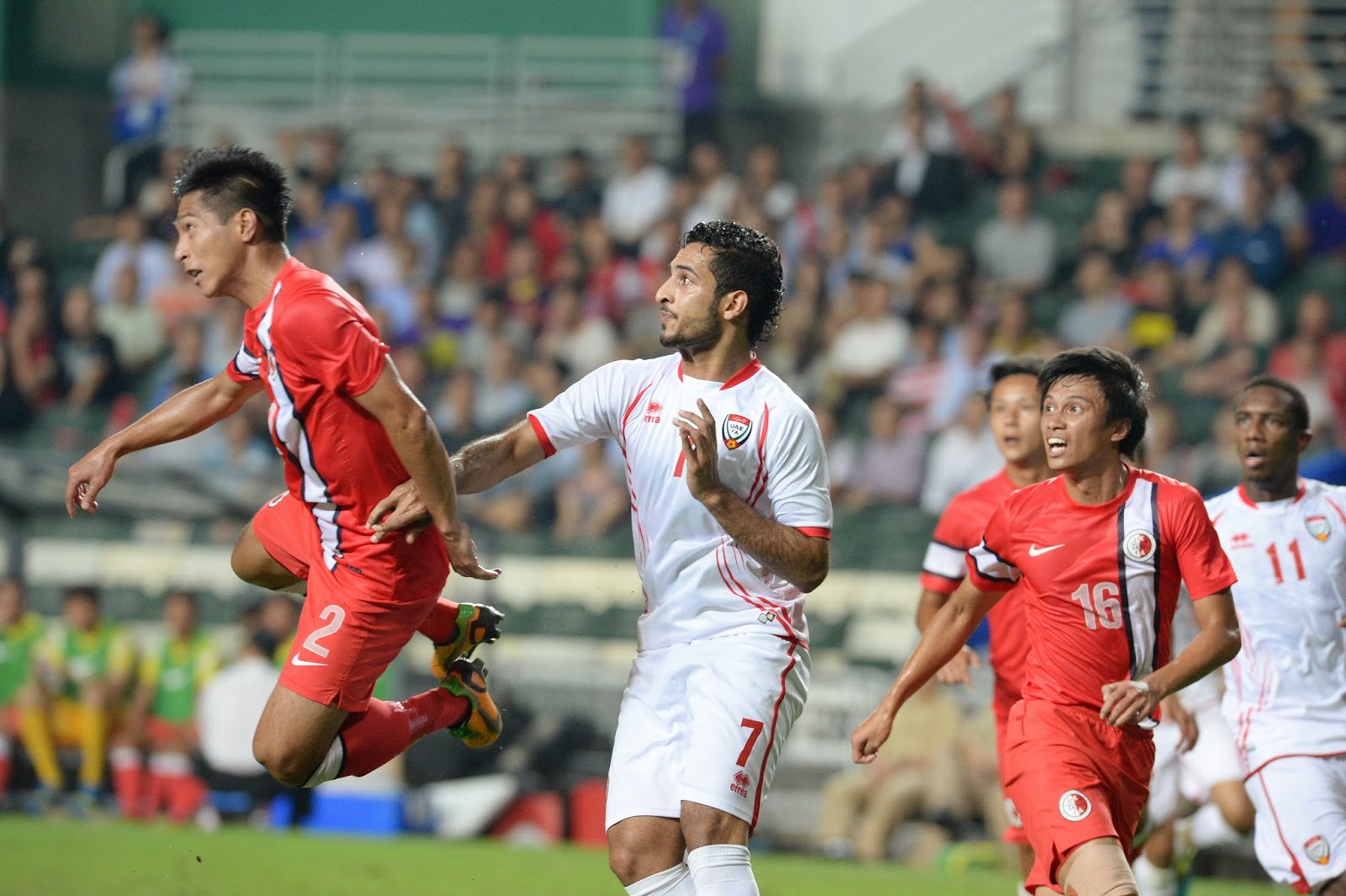 Hong Kong’s current ranking is 163 because we have 109 points based on the above scoring criteria and the results of matches over the last four years. This is set out below:


After the SCMP article was published I received an email from a gentleman called Eduard Ranghiuc (a Romanian computer programmer) who specializes in advising Football Associations on how to develop strategies to increase their FIFA rankings. He provided some of the information above, so thank you Eduard. You can check him out here;  http://www.football-rankings.info/2014/08/signed-on-as-fifa-ranking-consultant.html The mere fact that there is a market for this type of service illustrates that the FIFA rankings are as much about mathematics as they are about how good you are at football. I exchanged a number of emails with Eduard and he seems like a very genuine and interesting guy. I am sure he is good at what he does and I’m sure if we followed his advice our ranking would improve.


For example, he told me that we should not have played friendly matches recently against Singapore and Argentina and that instead we should have played two games against Aruba. They are currently ranked 129 and two wins against them would have increased our 1.0 timeframe average from 24.65 to 57.8. As a result our points would have risen from 109 to 142 and we would have improved 10 places in the rankings. As easy as that! My point is that as a Football Association we have to take into account many factors when deciding how many matches to play and against which teams. I am not convinced that Aruba would have been a good choice for our Centenary match!


According to Eduard the top 10 teams to play against to improve our rankings would have been:


Equally I’m not convinced (given what is happening in West Africa right now) that our players would have been too keen to play against Sierra Leone.


Of course it is all hypothetical and if we had beaten Argentina our ranking would have gone up to 142!


I can understand why some people will look at the rankings and use them to judge our progress. Hopefully the examples above will demonstrate why they should be viewed with caution. There are some other factors to bear in mind too.


It all goes to show that the rankings should not be taken too literally because there are so many factors at play. Eduard sent me a link which illustrates ‘how to play the FIFA rankings game’.

http://www.bbc.com/news/magazine-25134584 or to put it another way, the FIFA rankings only ‘broadly’ reflect how good you are. As the saying goes, there are lies, damned lies and statistics. 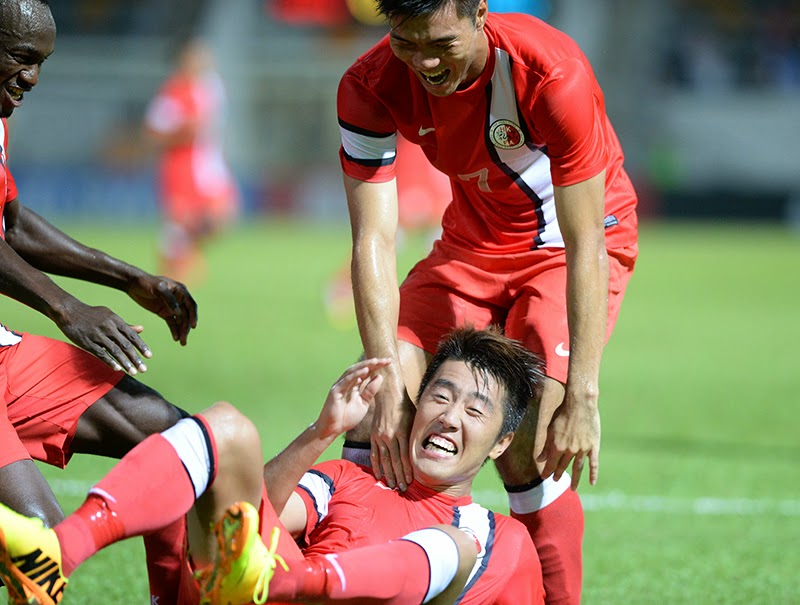 So it is possible to adopt a strategy where the FIFA rankings are a priority but to me that could conflict with football development objectives. At our stage in the development cycle, we want to play matches to enable our players to gain experience of international football. We want the flexibility to ‘blood’ new young players or to try new styles and systems. We want to improve by playing against better teams, like Argentina. If we obsess about the FIFA rankings our strategy would be completely different. I like to think that our strategy is more enlightened than simply chasing ranking points. Over time if we use the new investment wisely to develop better players and give them opportunities to play, the quality of our football will improve. Eventually, this will be reflected in the rankings because we will qualify for tournament finals where the accumulation of points is exponential. The important point is that this won’t happen overnight and if money was taken away from us simply based on rankings it would be counterproductive. Once football in Hong Kong is more mature, we might want to review our strategy regarding the FIFA rankings.


I hope I have demonstrated why the FIFA Rankings should be seen as a target of progress and not a stick with which to beat the HKFA. If we wanted to we could have a strategy that was solely based on attaining a higher ranking. Indeed for some countries this is the priority. They will choose opponents that give them the best chance of gaining ranking points. But would we have been thanked for playing our Centenary match against Aruba? In playing against Argentina, we lost one ranking position rather than potentially gaining 10. Would it be fair to reduce our funding because of this? And would it be reasonable to reduce our funding in March 2015 when the value of the points secured against Vietnam two years previously will diminish? Personally I don’t think so. We all want to see Hong Kong’s position change for the better and I am confident that over time it will, but in the short term we should not get fixated with the FIFA rankings but rather we should see them for what they are, a benchmark of relative quality.


Thankfully (and contrary to the assumption of the SCMP), the Government appreciates that the ranking system is somewhat arbitrary and has not included the FIFA ranking as a performance indicator that could result in financial penalty if not attained. I, like them am content that we will be judged on more measurable, objective and more meaningful targets such as the number of people playing football, the effectiveness of grass roots football programmes, the number of qualified coaches and referees, the number of spectators at Premier League fixtures, the amount of sponsorship generated etc.


Note: The Chinese version will be released soon